I don’t want to startle anyone … but there’s been quite a lot of blue in the sky lately, and there’s this big yellowy orange ‘ball’ up there as well ….  and it’s been getting kind of warmer, too. Should I worry?

Oh lawdy .. could Spring be nearing? It’s felt like years since looking out the window promised anything but snow and a hulking grey sky crouched like a monstrous beast over the rooftops. I have seen the hazy shade of winter, and I’m well  and truly over it.

Hey … it’s true … we had a mere 48.8 hours of sunlight in January. Even the seasonal average of 85 hours for the month of January sucks, but we got almost half of that! Now that we’re sneaking up to March, these warmer and sunnier days are feeling like a trailer for what’s to come.

The weather has always had an enormous affect on our psyches. It’s why we want to run away to somewhere tropical during the winter, or why some of us develop Seasonal Affective Disorder that is helped only by artificial sunlight. It’s a real thing.  The lizard brain craves sun and warmth.

Don’t take my word for it; Terry Jacks told us years ago that to have joy and fun, we needed seasons in the sun. Were you not paying attention? Did you not believe Terry Jacks?!?!? 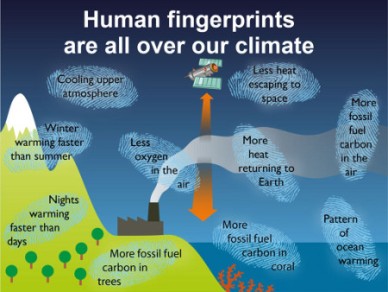 Now, I’m not gonna go off on a rant here, about global warming, and whether or not it’s caused by human activity. For one thing, it’s too nice a day to argue. It was 11 degrees yesterday, and it’s nearly 10 degrees today already; seriously, not wasting my time on deniers. Mama wants to gambol where flowers will soon be.

And anyone who’s still hanging on to their denial ..well, they’re probably too far gone to reach anyway.

But you do have to wonder if part of the refutation of climate change stems from our unconscious knowledge of weather’s effect on our psyches. The uncertainty, the rapid changes that have occurred to the planet as we heat it up – all this troubles our equilibrium, that has learned, by observation and over time, what to expect at given periods of the year. If it’s January in Toronto, there should be snow and cold. If, in February, some dude shows up to a bar looking comfortable in shorts and a wife-beater tee, you’re going to do a double take.

Remember the good old days, when 2014 was the hottest year on record? Then 2015 took first spot? Well, now 2016 has that distinction. And as we get closer to the summer of 2017, it might be prudent to be worried about what heights we’ll hit this year.

Australia‘s already in summer – and it is scary down there. The temps are way out of control, reaching highs in the mid 40s (mid 110s in Fahrenheit) in some places. Australia’s DailyTelegraph.com recently did an in-depth special news feature proving how much hotter the continent has gotten, and speculating on what further heights were in the future.  Will Canada have that to look forward to as well?

I can’t think about that now; life is short, and so am I. All I know is that spring is coming, which means I can finally ditch the thermal socks and long johns. I don’t care how cute and colourful they make flannel pyjamas, those pjs are never gonna inspire anything but sneezles and wheezles. A girl .. shoot, even an old lady! … wants to feel wild and free, not bound by heavy down-stuffed coats and sensible slippers.

Bring on the sun, and crank up the tunes, baby!

No matter our age, we need that good, good sunshine to make us feel alive. I could go into all the benefits of sensible sun-seeking, with multiple annotated reminders to wear sunscreen, but .. hell no. I want me some sun, and I want it now!

I am more than ready to pack away the sweaters and boots and let t-shirts and strappy sandals back into my life. I know, I have to wait a few months more before warm becomes norm … but I’m good with that, as long as dreamy summer nights and patios are in my future. I want to sip a smart cocktail in 75 degree weather, face gently kissed by the sun, as I sit and watch the world go by. Is that so much to ask? Would you deny me that?

Spring is around the corner, and those lazy, hazy days of summer will be upon us in good time. Here’s hoping that the promise of blue skies, and hot fun in the summertime, keeps us relatively unscathed through the next few turbulent months. I’m jonesing to morph my obsession with politics into a passion for maintaining good tan lines and the taking of long walks on the beach when the moon is in the seventh house …

But for now … let the sun shine in!