Somehow, at some point, without even realizing it, I’ve slipped into the “enjoy every sandwich” part of my life.

When Warren Zevon was diagnosed with a deadly cancer, and told he had only months to live, he appeared on David Letterman’s show in October, 2002 as the night’s only guest. He spoke about what he’d no longer have to worry about (high cholesterol, getting fat, going bald, and the future of technology.) He’d decided to spend what remained of the rest of his life reading, and writing and recording songs.

Letterman asked Zevon if his condition had taught him anything about life and death. ”How much you’re supposed to enjoy every sandwich,” Zevon answered.

Now, I’m not kicking it in a few months – as far as I know – but that expression really resonated with me. Still, it was only this week that I actually found myself inside that feeling.

My husband called one morning, just checking in, and he asked me what I was doing. I knew the correct answer should have been “packing up stuff and throwing stuff away,” but what I said instead was, “I’m eating a sandwich, and I can’t believe how wonderful it is.”

I took two pieces of a good light rye bread, spread some butter and mustard on them, and added a package of sliced corned beef. And it was good. It was exactly what I wanted and needed at that moment, and it tasted like it should, and it entered into my stomach as gracefully as Nadia Comeneci sticking a perfect ten point landing.

“Enjoy every sandwich.” We like to think that we’re living our lives as best as we can, but how many of us are really aware of what’s around us, at any given time? How often do we cling to out-dated thoughts and feelings, just because we’ve always had them? Do we really have to live long enough to become senile to finally have that perfect second childhood?

Just as an exercise, really think about what you’d do if you knew you had only six months to live. Would you keep flossing? Would you enter a prolonged drink and/or drug coma? Would you say ‘yes’ when people asked for favours, even though you knew you wouldn’t live long enough for them to reciprocate? Would you keep on going to a joe job that pays the bills, but breaks your spirit?

Would you mow the lawn, but never take a few minutes to sit in the shade and smell that fresh cut grass?

Would you argue over trivialities and events that will be gone and forgotten before you are? Would the acquiring of money or goods occupy your time? Would you give an honest compliment to someone without worrying that it would swell their head?

Would you travel to somewhere you’d never been, or prefer to stay close to home and loved ones? Or would you be greedy of the last of your time, frantically trying to pack experiences into those fleeting months? Would you watch more TV, go to more movies, enjoy more music, eat more chocolate?

In reality, we’re all living under that doctor’s prediction of imminent death, but none of us wants to believe it. We could be gone in an instant, hit with something nasty and medical, or something large and unyielding, like a Mack truck.

If you are lucky enough to get old, and then older still, you begin to realize that more of your friends and celebrity idols are now deceased than alive. It’s a cruel joke. By the time you finally realize what’s important in life – your teeth, your health, your loves and friends – they’re already on the wane. Just the ability to control when you have to pee becomes challenging, never mind the last time you could get aroused or be assured that you could have a rock hard erection.

The things we never really thought about , never really appreciated, become the very things we look back on in amazement that they ever worked, marveling at the beauty and complexity of the everyday, and realizing how little attention is given to simple joys.

Every day, in some small way, I realize I’m less able to do some things that I took for granted. I can’t use a rotary can opener anymore, so I have an electrical one. But if there’s a power outage, that option is off the table. Small thing, right? But lives are nothing but small things, one piled on top of the other.

When we moved to the suburbs, I had infinite energy and ridiculous physical strength for a small woman. I schlepped home huge, ungainly items on my bike, planted intricate gardens, moved stones and small boulders for landscaping … I felt like I could almost literally leap tall buildings in a single bound.

Now, I sit under the gazebo occasionally, and watch the raspberry bushes take over the garden. When I think about where we’ll next live, I have to mentally assess exactly how close amenities must be in order to be accessible. This is not surrendering to age – it’s embracing a new reality.

For years I blustered that I could learn to drive a car if I really wanted to. Now I know that I’m the world’s worst passenger, and that my being behind the wheel of a vehicle would be selfish, and would endanger others.

When I was a kid, my Albertan grandparents were old – really old, in their late nineties. My grandmother had walked to Alberta behind a covered wagon, all the way from North Dakota. Her brother had been one of the first mounties, way back before the North-West Mounted Police became the Royal Canadian Mounted Police. They had seen a lot of life, and still enjoyed family get togethers, and often times held huge parties where there was far too much food, and the booze flowed like water. Drunken mishaps were common.

They listened to the radio, and never had an interest in television. They sat, and smoked, and drank endless cups of coffee. They would sit quietly beside each other for hours, just enjoying whatever came into their day. They loved to have the grandkids visit, and they spoiled me rotten. 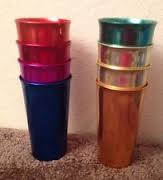 They would serve me milk in tall aluminum glasses that gave the milk an otherworldly zing.

They were both gone before I was a teenager. But what I remember most about them was their incredible acceptance of life in all of it’s facets. No matter what they were told about a family member’s misdeeds, or a world event, they always said, “ah … he’s alright,” “ah .. it’ll be alright.” Because no matter what happens, if you live long enough, it WILL be alright. This too shall pass, so pass me the salt and let’s season this sucker.

What they knew, and what it takes all of us so long to really understand, is that this … this here, this moment, this weather, this house, this person, this meal, this now, not the last now or the next now … is important enough to wallow in. And if it is not, if it’s irksome or painful or distasteful, you can stop or walk away, you can work to change the situation or accept it, you can say, “NO! this is not what I want!”

and that’s nobody’s business or right but your own.

A lot of people, especially of my generation, and in Canada, were raised to be rather reluctant to ask too much of each other. Parents who lived through the Great Depression were careful with their money, their time, and their praise. I remember being very appreciative of small surprises, never expecting too much, and then being ecstatic when something wonderful would happen, even if that “something wonderful” was nothing more than a small unexpected treat of chocolate.

Then we boomers hit the 80’s and the 90’s, mass and very conspicuous consumption set in, and we became like junkies, who needed more and more to experience even a small hit of joy. It wasn’t enough to just have a car, it had to be a BMW, and you didn’t want a house, you wanted a Monster Home.

Well, times changed. There’s huge economic inequality, political uncertainty, and our own last roundup is impending. How we conduct ourselves, how we live through what’s remaining of our lives, is completely up to ourselves. We can spend each day terrified of the next, worried that we’ll outlive our money, but not realizing that it’s far more likely we’ll outlive our friends. We can wail and moan about the injustice and indignity of aging, but we must also understand that each day above ground is a day that someone else might not get to experience. 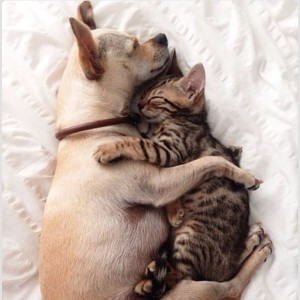 I want to open my eyes to what is right in front of me. I want my good friends to know that I really love them, even if sometimes that means that I have to walk away from them for a while. I want to stop believing that there is always a way to fix a bad situation, and accept that sometimes things can’t be fixed. I want to soak up the sun, really feel the heat and the chill of the seasons, wear shorts in the summer and snuggle in plushy robes and flannel sheets in the winter.

There’s a garden out back, and a lake down the street. When we move, I don’t want to be able to count the times I enjoyed either on just my fingers and toes. When my cat wakes me at five a.m., his big eyes and lovely face close to mine in pretended ecstasy while his agenda is clearly breakfast and an escape out the back door, I want to laugh and hug him, knowing that his time with me will be short, but that his catty essence enriches my life.

Warren Zevon lived longer than predicted; the few months he thought he’d have stretched to over a year. And in that time, he wrote and released a wonderful album, “The Wind,” won two Grammys, the album itself receiving the award for Best Contemporary Folk Album of 2003. He joked to the media that he just hoped to live long enough to see the next James Bond film, w

hich he did, and he got to stick around long enough to see the birth of twin grandsons.

Knowing he was close to his expiration date didn’t paralyze him; it gave him a vitality and a renewed determination to live and experience life, balls to the wall, pedal to the metal.

And most of all … he learned to enjoy every sandwich.