2016 is gone. Moving on isn’t the slightest bit difficult. 2017 is going to be … interesting, oh yes it will. Doesn’t seem any other option than to muddle our way through whatever’s this way coming. Fingers crossed it’s not too wicked.

For me, this year has begun differently than many I’ve experienced in the past. Selling the house and moving into the city has brought a lot more freedom into my life. That light at the end of the tunnel turned out to be not an oncoming train, but rather a beautiful fat moon, always just out of reach, but wonderful to see.

Happiness doesn’t require that you have a lot of anything. In fact, I think if you have too much, you’re more concerned with keeping what you’ve got or of striving to get more, than enjoying what you have. No. “Enough” is what you want. Enough for freedom from want, enough to b

e able to relax into your life and appreciate what you’ve got. Enough to be in control of your own life, but not so much that you seek to control others.

So in the first two weeks of this new year, I’ve seen more bands than I did in all of 2016, had several lovely brunches with good friends, and discovered that quitting smoking was the best gift I’d ever given myself. There’s been more laughter, and less tears. More singing and less coughing.

As much as I fear for what is in store for our neighbours to the South in the coming months, I also have relinquished the belief that anything I say or do will make the slightest bit of difference. It won’t. I can’t. So, although I’ll keep passing along jabs at the Orange Jayzus,  I’m handing over the burden of fear to those poor benighted Americans. 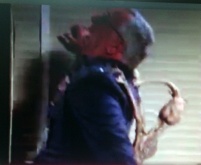 But I do have a sneaking suspicion that many in government are not who or what they seem. Remember that Outer Limits episode, Dead Man’s Switch, where a lowly soldier mans the button  that controls activation of a final revenge weapon that will wipe out the earth should invading aliens turn out to be hostile? The final scene reveals that aliens are indeed parasites controlling the actions of those in charge, while the earth lies in ruin.

I’m not saying that TeeRump has an alien tucked under those oversized jackets, but there’s no denying that that makeup and spray tan can be seen from space.

Here in Toronto, it would seem that Mayor Tory’s vision of a ‘Music City‘ is more of a pipe dream. You can’t ask the venues to supercharge the city’s revenues, while simultaneously squeezing them for more taxes, charges and rents. Petty limitations and fines will not inspire club owners to new heights.

The venerable Hugh’s Room was the most recent victim of circumstance, abruptly closing it’s doors in the midst of financial struggle.  It does seem like there’s hope for the venue re-opening though, as a committee has been formed to focus on restructuring and reopening, and changing the club’s ownership structure to a non-profit, board-run model. I do hope so .. this is a prime venue, with so much well deserved good will and respect, that it would be a pity to just let it die on the vine.

One of the acts that was displaced due to the closure is Jan Kudelka‘s one woman tribute to Janis Joplin. She is bringing her celebration of Joplin’s 74th Birthday Bash to the Tranzac instead, this Wednesday the 18th, at 8:30.

“The Queen of Psychedelic Soul is back for one night only! After smashing sold-out shows in 2015 and 2016, singer and performer Jan Kudelka conjures and celebrates the beloved blues/rock trailblazer Janis Joplin with a 74th birthday bash on Wed, Jan 18, 2017 at the TRANZAC CLUB backed by her stellar band! Do not miss this intimate journey into the epic voice and tender heart of the Janis Joplin legend.”

The Tranzac is a fascinating place. There’s the big room, where Jan will have her show, and then a smaller lounge, just as you enter, where the music never seems to end. The range of sound and ideas is astonishing, and you’re as likely to find yourself listening to jazz as alternative, or rock, or folk, or an evening of ukulele appreciation.  Seriously. Check out their calendar of events to have your mind boggled.

I like the idea of venues offering music at earlier hours, especially as the weekend nears. My days of starting the night at ten p.m. are long gone –  my cats are cruel masters who demand feeding at 6 a.m., so I’m usually tucked up and snoring just as most bands karang their first chord. And so are a lot of my contemporaries, and those who have to go to work or school the next day.

It seems odd to me that bars and restaurants are content to open around eight p.m. ish, or be open during the day, but empty, until some mythical magic time when bands appear out of the mist. There’s money to be made in the feeding and entertaining of people who start the day early, and are ready to rock by dinner time.

And with the plethora of talented, experienced players who are available for gigs, it would certainly be easy for many venues to fill in the gap, and keep musicians and music lovers alike happy.

This past Friday, for example, I enjoyed Don Naduriak‘s extraordinary quintet at a little restaurant on the Danforth called Hirut. This is a regular gig for them. On the second Friday of each month, beginning at 8 p.m., E = and Don Naduriak Music “explore compositions by Don Naduriak with various of Toronto’s best musicians. The compositions draw on Jazz, Afro-Cuban and Brazilian influences.

If you’re a long-time music fan, you’ll know that Don’s group contains some of Toronto’s musical cream. The room was packed with jazz lovers, drinking and eating and making money for both the venue and the band. Which is the way it used to be, and still should be, but somewhere along the line, the train went off the rails.

There’s something going on nearly every night at Hirut, everything from comedy nights to Ernest Lee‘s classic blues,  as well as a folkie style jam on Sunday afternoons run by Nicola Vaughan, starting at 3 p.m.

Rooms that are taking advantage of earlier gig start times, and of expanding their offerings to include more than music, are reaping the benefits all over the city. As with any industry, those who give the customers what they want will always be respected and rewarded. 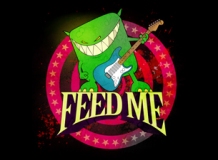 There’s a lot of room at the table, and a place for everyone, regardless of what time they want to listen, or what flavour they want to feast upon. Toronto’s got the musical munchies .. feed it!

2017 can be the year we come together, despite those who’d profit from a people divided. There’s no better time to listen .. or to be heard!