So long 2016 .. adios, hasta la vista. You took a lot out of us, and a lot from us, and what you’ve left behind isn’t all that comforting, but you’ve been and you’re gone. Don’t let the door hit you on your way out.

The thing about the sixth year of a decade is that it tends to be a culmination of the previous years. The beginning of a decade still clings to the decade before, and baby steps to change begin in the first few years, but by the sixth, the decade has rather defined itself. This six was a doozy. And it likely portends much of what will define the teen years of this century.

Were we more shaped by the losses we sustained, or by the gains we achieved? To me, the year was more reactive than proactive, although certainly, there were advances in most fields.

As for the arts …  nothing much captured and kept our attention, either visually or musically, for very long. The lack of gatekeepers allowed the flood of creativity, but it’s hard to distinguish one drop of water from another in an ocean.

Television might be the last bastion of creative possibilities, at least that which is available from the independent channels. I still prefer British television to American overall, but keep on the lookout for nuggets of gold in North American teevee.

This was the year I finally gave up on The Walking Dead .. Season Seven, filmed as even more brutal than the graphic novel from whence it sprang, just took it too far for me to stomach. After episode one, I gave episode two a cursory glance, but the emphasis on a demagogue bullying and  humiliating his ‘people’ felt too much like what I imagine Americans will experience under their new alien overlord.

But on the plus side, two new series – one from the U.S., and one from Britain – explored something I expect to see in a nearer future – artificial intelligence and a robot workforce Both were brilliantly written, acted and filmed. WestWorld postulated a future amusement park where humans could interact in any way they chose with realistic, synthetic humans, and wrapped the drama around a story line that encompassed decades.  The cast were amazing. My only quibble was with an unspoken assumption that, given the choice, most humans would choose to indulge their basest and most despicable impulses without fear of reprisal. Perhaps that is the sad truth. 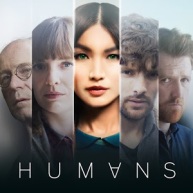 Humans, a British series, took another tack; a future as mundane as our own, where ‘synths’ took over all the tasks people no longer wanted to do – in effect, a new slavery. The flaw in that ‘dream’ was a computer code able to bring consciousness to the synths.

Consciousness, however, and in both series, drew attention to the new slavery AND the enormous range of needs and emotions, as applicable to both humans and synths. Just as a ‘human’ could be damaged by experience and become evil, so could a synth. 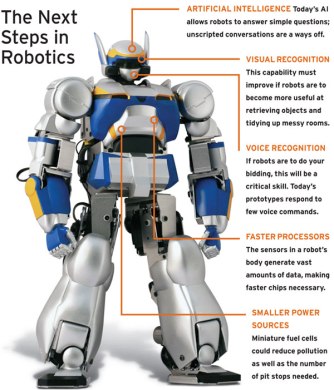 I don’t think we’re close to the sort of realistic, humanistic synthetic beings either series portrayed, but automation and robotics – computers taking over most of the jobs humans currently do – is projected to be an issue affecting the planet within the next two decades.

“instead of a pro-job growth future, economists across the board predict further losses as AI, robotics, and other technologies continue to be ushered in. What is up for debate is how quickly this is likely to occur.

By 2034, just a few decades, mid-level jobs will be by and large obsolete. So far the benefits have only gone to the ultra-wealthy, the top 1%. This coming technological revolution is set to wipe out what looks to be the entire middle class. Not only will computers be able to perform tasks more cheaply than people, they’ll be more efficient too.

Accountants, doctors, lawyers, teachers, bureaucrats, and financial analysts beware: your jobs are not safe. According to The Economist, computers will be able to analyze and compare reams of data to make financial decisions or medical ones. There will be less of a chance of fraud or misdiagnosis, and the process will be more efficient. Not only are these folks in trouble, such a trend is likely to freeze salaries for those who remain employed, while income gaps only increase in size. You can imagine what this will do to politics and social stability. ”

For many, that shift to robotics will come when they are unwilling or unable to pivot to another occupation. What happens to all of those workers, who trained for positions that no longer exist?

We are already in a frightening economic time, when the wealthy are pedestalled for no more reason than their wealth, and where those who cannot find work are despised. We’ve been conditioned for centuries to believe that our work defines us, and that hard work builds character. We’ve been trained to believe that those with wealth, no matter how it was gained, are our superiors, and that  their wealth somehow magically imbues their character with all of the traits we claim to respect; charity, kindness, empathy, intelligence and the like.

Cognitive dissonance allows us to look at a venal, bigoted, racist, misogynistic, narcissist, and somehow believe that the attributes that created his great wealth – the ability to lie, cheat, steal, and steamroll over others, expecting nothing but the finest for himself, but comfortable with others having very little – make that person qualified for the leadership of 319 million citizens.

If writer and political commentator Andrew Sullivan is correct that, “in terms of our liberal democracy and constitutional order … [Trump] is an extinction-level event,“ it may well be that his campaign and election are the paths to a new world rising from the ashes of the old. 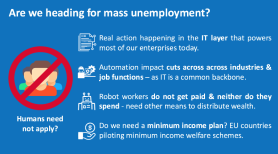 Massive unemployment caused by automation must be met with new, thoughtful, empathic intelligence. If it is instead met by rampant greed, coupled with a loathing for any criticism or accountability, the clay feet of the rich and powerful will finally be exposed.

True leadership does not seek to enrich only the leader, or seek to rape the land and it’s people for profit. Every nation on the planet is in dire need of the sort of leadership that is bi-partisan and respects every nation and every citizen for not only what they have to offer, but for their very existence.

There can be no leaders without followers. 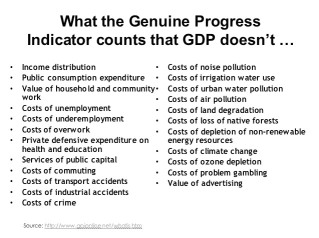 Imagine if, instead of  defining the wealth of a nation by it’s Gross Domestic Product (GDP,)   it was instead known by it’s Genuine Progress Indicator (GPI.)   The GDP has no conscience; it cannot tell if a dollar is spent on progress or destruction, and it neither knows nor cares about a future impact on the people. As Paul Hawken, an American entrepreneur, environmentalist and author, once said, “We are stealing from the future, selling it to the present, and calling it Gross Domestic Product.”

The GPI, on the other hand, takes into account not just goods and services produced, but also the social and environmental impact of that production. When every citizen has more money to spend, more leisure time, and better health, the GPI rises. But when rates of crime, imprisonment, pollution and environmental damage increase, the GPI falls accordingly.

True leadership takes a long range look, sees the changes coming, and seeks to steer the citizens to a safer future. That kind of vision is antithetical to the current crop of wouldbe leaders, who are little more than politicians prepared to pander, lie, and allow corruption in the name of short term gain, and an unethical win.

Combining what needs to be done to enrich the citizens socially needs to take into account the upcoming redefinition of employment, and the climate changes we are experiencing.

If nations want true leadership, they need to reject those politicians who display an ignorance of scientific facts and a predisposition for encouraging divisiveness amongst their citizens. Citizens need to accept that they are responsible for the politicians they ignore or elevate, and understand  that with citizenship comes not only rights, but accountability. 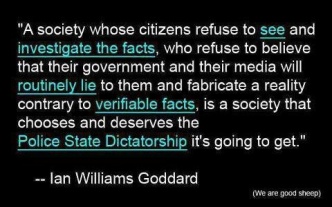 Otherwise, the government truly does become “what the people deserve.” No more, and no less.