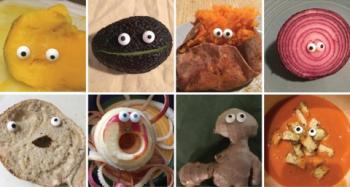 Humans are incredibly narcissistic. At least one of the many writers of the Bible understood this when they wrote,

“Then God said, “Let Us make man in Our image, according to Our likeness; and let them rule over the fish of the sea and over the birds of the sky and over the cattle and over all the earth, and over every creeping thing that creeps on the earth.” God created man in His own image, in the image of God He created him; male and female He created them.”

That is some kinda entitled privilege, your basic eminent domain mandate, right there. And since Genesis was telling us how much we have in common with the Supreme Being, and that we have ‘dominion’ over all of those other creatures, it was probably only natural that we would assume our own sort of godliness by conferring human traits to these creatures, and then assigning those traits that we perceive and like or dislike in them, to other humans.

It’s called anthropomorphising. We gaze into the faces of our pets, our cats and dogs, and believe that they reflect back our same emotions. But when animals behave in ways we dislike, we can find their actions ‘catty,’ and then apply that characteristic to someone who is devious or spiteful, or view the simple but steadfast hound as “dogged,” which we then use as a compliment for someone who is stubbornly single minded. 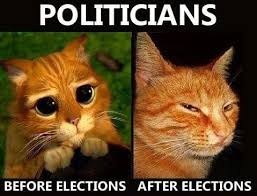 We call a fool “asinine” because we believe that donkeys are stubborn and stupid. A hawk, with it’s razor talons and sharp beak doesn’t wait around for prey, and so the bird’s tendency gave the epithet “hawkish” to warmongers, with their aggressive, attack-prone natures.

Sluggish, slothful, fishy, chicken, sheepish, squirrelly …. we see parts of ourselves in each of these creatures.

I’m not the only gardener that talks to her plants – it’s been a ‘thing’ for as long as we’ve been hunters and gatherers.

Proving we crazy plant-talkers right, in 2019 the Royal Horticultural Society researchers discovered that talking to your plants really does help them grow. And they also found that plants prefer a female voice over a male’s, growing faster when spoken to in dulcet tones.

Even the most humble amongst us just can’t help thinking that inanimate objects have human characteristics. Remember Tom Hanks and his volley ball buddy in Castaway? That was a great deal more than just an interesting plot device – it capitalized on a desperate human need for company and some sense of feeling known and understood.

Or perhaps you recall this commercial from 2002?

Of course, the commercial mocked our need to anthropomorphize things. (It was also a paean to gross capitalistic commercialism and a throwaway society, but that’s a tale for another day.)

Because .. again … anthropomorphization. We just love to think that every thing, living or inanimate, shares the same emotions that we do. We are wrong. But that need for connection is the way that we try to sate our craving for social connection.

Since the caveman days, we’ve had the option to either work with or against other humans. We weigh up the pluses and minuses of creating tribes, and usually decide that avoiding loneliness, and of course, enjoying the strength of numbers, is worth putting up with the foibles of other people.

We feel ‘lonely’ when our actual social relations fall short of how much social connection we want. The whole sensation of ‘feeling lonely in a crowd’ has to do with a lack of social bonds within that crowd of people.

We perceive human qualities in non-human beings or objects when we believe we can intuit a human quality that might apply, like when our cell phone suddenly goes on the fritz, right when we’re supposed to make a call we don’t feel like making. Or maybe our car starts making a weird noise and we want to understand what has ‘upset’ the car, and provoked the object’s behaviour.

But mostly it’s when we crave social contact. Lonely people, people with a high empathy level, or people who need a lot of stimuli in their personal space, are more likely to perceive human qualities in inanimate objects.

In psychological studies, they have found that less lonely people were less prone to anthropomorphizing.

So – does a cure for anthropomorphization lie in the flitting of a ‘social butterfly’ ? If we can assuage that social connection craving by other means, will we stop seeing humanity in inanimate objects?

In one psychological study, participants were shown descriptions of four gadgets, inventions that purported to make their lives easier. One was an alarm clock that rolled around, so that the waker would have to chase and capture the clock to turn off the alarm. Another was a “Pillow Mate” – a pillow that could be programmed to give you a hug. Another was an air purifier for people with allergies or respiratory problems.

They were then asked how they’d rate the items based on human-like traits, for example, if they thought the item had a ‘mind of it’s own.’

It turned out that those people who had been thinking about an important and close relationship prior to being asked about the gadgets just didn’t see as many human qualities in the inventions. Their need for social connection having been met, they didn’t feel a need to have a gadget that replaced human contact.

Which means that Tom Hanks’ soccer ball would never have become his best buddy, if there’d been another human on that island. Poor old Wilson.

A lamp cannot be sad, but people can be lonely. Loneliness is when we deny our human need for companionship, and if we can’t find another human to bond with, to care about, and to share our lives with, we’re far more likely to see a reflection of humanity in the chromed smoothness of a toaster or the sly sideways glance of a fox.