No matter how you may feel about Senator John McCain‘s political past, with his recent demise, you cannot help but remember that he was a war hero, and a stand up guy. His passing leaves us short of what might have been the last real gentleman standing in the Senate. As his life becomes a memory, those who knew him well remind us of those moments that defined a Giant of the Senate and of a politician who frequently eschewed partisanship for a wholehearted defence of democracy.

Even in death, McCain holds firm to his principles. As I read this morning, “John McCain told friends months ago that he didn’t want Donald Trump at his funeral. Instead he wanted former President Barack Obama and former President George W. Bush to attend his funeral and deliver the eulogy. McCain famously lost to Bush in the 2000 Republican primary race for President, and then lost to Obama in the 2008 general election for President. Yet McCain chose these two men — one Republican and one Democrat — to eulogize him.

McCain thus ensured that his funeral would be bipartisan and inclusive, making it all the more glaring that current “President” of the United States wasn’t invited.”

Imagine what a horrific human being you have to be, to be barred from both McCain’s funeral, and the funeral of Barbara Bush. And this is the guy who thinks he deserves a Nobel Peace Prize. He couldn’t negotiate peace between the two types of candy in an M&M bag.

In a week that hints of a possible end to the Trump administration’s reign of terror, it is a real comfort to know that the rule of law must ultimately prevail, even over an administration as venal and corrupt as this one.

And yet, there are still those that hold a grudging admiration for the Grifter in Chief, and his army of wily surrogates and spokespeople who seek to stop his feeling any sort of retribution for his heinous , malicious whims and vindictive executive orders.

They will assure you that they would never .. NEVER … vote for the Orange Manatee. But they just can’t help themselves from grinning – just a little – when he wriggles out of yet another moral or ethical dilemma.

For many who feel vaguely discontented with their lot, there’s a real anger towards ‘smart people,’ those who ‘caught the breaks,’ and are often considered part of a group that seems to be determined to keep the regular Joe down. There’s a resentment for those who have more success, and a belief that somehow, those guys had more, and unfair, advantages. 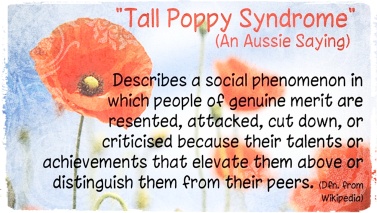 Because of the tales and tropes we’ve grown up believing, there can be a real bitterness in some. It is as though they believe that intelligence is a negative characteristic, that should be hidden from others, or at least, played down with great modesty.

They believe that “Real Men” don’t have to study, let alone ‘think’ … Real Men just DO! They naturally have all the information they need to solve any problem, even if it’s not in their field, or their realm of expertise. They are simply born with that ability. It’s just something that ‘real men’ know in their always righteous guts.

So when a confident, if completely incapable, con man comes along – especially one that ticks so many of our culture’s other boxes .. he’s tall, he’s imposing, he takes no shit, he is in charge, he’s got a lot of women in his life, whether through matrimony or a lifetime of libertinism … those same people can feel like they’re looking at a man of action. If not a hero, then at the very least, an anti-hero, whom they can admire.

They look at this man who will literally shove aside other men to be fully spotlighted and in charge … and something inside them admires that brutality.

Mistaking recklessness for bravery, lasciviousness for virility, and self-preservation for selflessness, they are happy to carry the 72 Year Old Toddler‘s water.

The OranguTAN likes to come off as a sort of lovable rogue, always ready with a quip, even when it is completely inappropriate or critically cruel of others. It’s all about the luck, the wit, the simple act of being The Donald, rather than any sort of actual information, data or reality. He is completely averse to any pretension of knowledge, or the acquiring of same, disdaining his crucial daily briefs and demanding that they instead be solely bullet points and pictographs. Because a man of his stature, you see, must always be on the run, on the go, being a manly man, playing golf, grabbing pussies. Busy busy!

Eventually, of course, there will be retribution. But up until that fateful day, there will be many who will throw their careers and bodies in front of Mad King Donald, as he stumbles toward a possible impeachment and a probable indictment, believing that their loyalty will be rewarded, if not in the White House halls, than in the publishing offices where they will flog their memoirs for big bucks, in hopes of bringing joy to the slathering, puerile readers who will never come within a thousand miles of such proximity to ‘greatness.’

Until the day that the roadrunner catches Mr Wile E.

In the flurry of convictions, plea bargains, and requests for immunity this week, one long time comrade of the Gibbering Gibbon found his string of publications in the spotlight – and most definitely not in a good way.

David Pecker, notorious tabloid king, owns nearly every supermarket tabloid and gossip sheet in the United States, including the flagship publication National Enquirer. In an effort to get ahead of the rush of those seeking immunity deals, he’s admitted to having withheld stories detrimental to the Trump campaign, by using ‘catch and kill;‘ the practice of buying up a story and then burying it. This would very likely constitute an unlawful contribution to the Trump campaign of 2016.

He’s even admitted to having an office safe dedicated solely to stories and photos of Trump in flagrante delicto. This ain’t no Geraldo hoping for an Al Capone bonanza – this is the real deal.

But while we wait, and silently shudder at what might lie within the safe’s depths, I think it has to be noted that Pecker did not just hide Trump’s offences, he maintained a constant assault on Hillary Clinton throughout the course of the campaign, on his tabloid’s covers.

Despite all this Democratic insistence of ‘going high when they go low,‘ this abuse of the public’s trust, in the lies and smearing of one presidential candidate in favour of the other, cannot be ignored. While the tabloids may be considered ‘entertainment,’ there are many parts of the United States when their words are considered ‘gospel,’ based mainly on how many lesser educated people were raised – to believe that words in print must be true, simply because they have been printed.

We already know a big chunk of Americans – the ones Hillary so rightly called ‘the deplorables‘ – did and do believe these accusations and lies. They continue to buy into Pecker’s steady drip of venom against Democrats, anti-gun activists, and civil rights advocates .. every damn Saturday when they pick up their groceries at the local Wegmans or Albertsons, and then trot down to the VA for a rousing chorus of “lock her up.’

If Hillary can’t bring herself to sue the bejeezus off this turd, a civil suit should be brought against his publications. His stories constitute a willful assault upon the attention spans of the ignorant and the poorly educated.

Lies, propaganda, and a relentless, overt attack on one candidate to assure the political success of another is not free speech – it is collusion between Trump and Pecker, and campaign meddling, and it needs to be acknowledged as such.