We can thank the railroad companies of the world for the entire idea of time zones, which were basically established in the late 19th century in order to get the trains to run on some sort of consistent time. Prior to that, people just looked up at the sun to know what time it was. And at night, it was dark, so they didn’t need much more than a vague idea of the time. 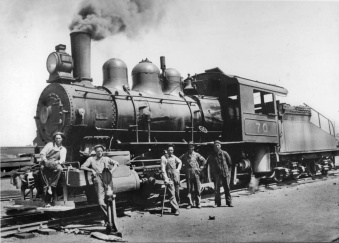 First time zones, and then along came the concept of standard time, and suddenly we needed alarm clocks in order to get to school or work Oh yeah, the Industrial Age was a slave driver.

And here’s the thing – the railroads were such an enormous economic engine, all around the planet, that the replacement of sun time with standard time was enacted with no legislative backing, and very little public resistance. 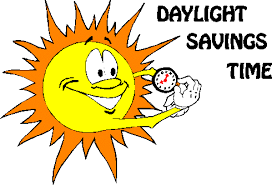 When it came time to mess around with the time zones we’d landed up with, proponents of a ‘daylight saving’ bank pushed those who believed moving our clocks ahead by an hour during the months with the most sunshine, would reduce energy consumption and encourage people to get out and do things outdoors.

Well, they were partly right.

Moving the clocks ahead DID influence our behaviour. When the days are longer, later sunsets dramatically increase participation in after school sports programs, and increase paid attendance at pro sports events. Golf ball sales in 1918 increased by 20 percent. In fact, the entire golf industry was well served by daylight saving, with each DST month worth mega millions in additional sales and greens fees.

But energy savings? Not so much. In fact, studies have proven that North Americans use more domestic electricity when they are in daylight saving mode than when they are out. And, yes, they’re going to the park at night, but they’re driving there, so there’s no decrease in gasoline consumption.

We also didn’t have a lot of info, back then, on what messing around with our brain’s sense of time could do, and how changes impacting our sleep could do real harm to our society. We certainly know a lot more about that now.

It was on March 18, 1918 that American President Woodrow Wilson signed the Calder Act, requiring Americans to set their clocks to standard time. And less than two weeks later, on March 31, 1918, the nation’s first experiment with daylight saving began.

And was repealed within a year.

However, many of the larger American cities, including New York City, were setting their own daylight saving policies, apparently without requiring or asking permission of their government to do so. In 1920, it appears that it was the Chamber of Commerce that decided these matters.

How you gonna keep ’em down on the farm, after they’ve seen an increase in sales of everything from golf balls to summer fashion? By 1965, pretty much all of the states had a daylight saving program in effect. And have continued to practice that ‘savings’ ever since.

” There was a time US municipalities could choose whether or not to observe daylight saving. Then, as technology integrated different local economies, differing time changes and zones caused chaos and confusion. In 1966, Congress passed the Uniform Time Act, which required whole states to fully commit to daylight saving.

States have the option of opting out, so long as the whole state stays on the same time. Arizona and Hawaii, for instance, don’t observe daylight saving. Florida is doing something different, in wishing to be on DST permanently, which requires congressional approval.”

Florida lawmakers are considering a “Sunshine Protection Act,” which would make daylight saving a year round reality.

By contrast, consider an experiment done in Queensland, Australia. After a three year trial of pushing their clocks ahead one hour during the summer months, the people had a referendum on the question, “Are you in favour of daylight savings?”

While there were many who argued that later daylight hours in the summer would be beneficial for both economic and public health, in the end the voters narrowly chose to abandon the practice, 54.5% to 45.5%.

The plain truth about daylight saving is that it was never about energy savings, health, or giving farmers an extra hour of light to work the farm.

It was always about corporations lobbying to sell more stuff. There are no energy savings. But we spend more money in those long summer evenings. The big winners during daylight saving are the candy lobby, the barbecue lobby, and the golf ball lobby.

“There’s some literature showing that there are increases in accidents, workplace, motor-vehicle accidents, and the severity of them is greater following the time change. And there research showing that even a small amount of sleep restriction, an hour or two, can have an impact on your ability to drive, and things like that. “

There’s a movement going on that wants to end the daylight saving programs all over the U.S. Lives are a lot more flexible now, and we tend to set our own schedules, morphing the hours we spend at work and play to fit what works for ourselves and our particular group of friends. We don’t do ‘event TV,’ anymore, we watch it when we feel like it. Our world is 24/7.

So, if we are no longer slaves to ‘official time,’ why change it twice a year? The Monday after the clock springs forward is notorious for having more car accidents, heart attacks, and the general grumpiness of sleepy people. Time to stop that artificial construct, and maybe save a few pedestrians lives …

Being apolitical, not having the need to follow the politics of your own country and others, is a privilege. It may not seem so, but the very fact that your life and identity does not hinge on the whims and laws of those in power, is a very big privilege denied to many.

Ai WeiWei, a Chinese artist and political activist, has lead an interesting life, most often at odds with authorities. His latest project is the documentary, Human Flow.

“Human Flow, an epic film journey led by the internationally renowned artist Ai Weiwei, gives a powerful visual expression to this massive human migration. The documentary elucidates both the staggering scale of the refugee crisis and its profoundly personal human impact.”

The trailer images made me weep. Even as countries harden their borders and hearts, the stream of refugees continues. This film should upset you, and make you think. It is only by the grace of your current place and status that you are not one of those fleeing,

And now, a delightful palate cleanser! I just discovered this wildly entertaining family, lead by John Wilhelm, an IT Director at a Swiss University.

The family – mother, father, three daughters and a son – are the subjects of Wilhelm’s surreal and imaginative photo manipulations.

It is a world of fantasy and imagination …

“Due to the fact that it’s more an obsession than plain passion I call myself a photoholic.” John Wilhelm.

Discover more of his wonderful art on Facebook at tuasmalou.ch, or visit his website for even more amazing images!   http://www.johnwilhelm.ch/