The O’Cannabiz Conference and Expo held at the Sheraton Centre this past April 21-23 conveniently allowed those celebrating 4/20 to have their pot, and eat it too.

The history of hemp and cannabis, that mixture of dried, shredded flowers and leaves that comes from the hemp plant, has, so far, been written by the victors –  those who fought to prohibit use and access to the plant. That they did so for their own, often muddled, generally financially rapacious,  reasons, impacts us to this day.

from Vice: “ How did that (criminalization) happen?

When Harry Anslinger, who was leading a federal agency that would later become the Drug Enforcement Agency, was confronted with the end of prohibition in 1933, he panicked because he and his man were charged with enforcing prohibition… He was worried that he didn’t have a mission in life, that he and his men would be out of a job. That’s when he began to lead the crusade against marijuana. They very deliberately, systematically chose marijuana as their new whipping boy.

When Anslinger was participating in federal hearings that would eventually culminate in the passage of the Marijuana Stamp Act in 1937, which essentially made marijuana illegal, the arguments against marijuana use were not at all grounded in scientific evidence. They were grounded in hearsay and stereotypes: That this was a drug black men used to seduce white women. That it was a drug that led Mexicans to murder their white neighbors. ”

So dangerous was it deemed that even today, with a supposedly more enlightened people, and science as advanced as we’ve ever seen it, trained professionals continue to ignore current studies, preferring to rely on what they’ve been told. Only 8% of Canadian doctors are open to prescribing cannabis medically, regardless of new information. Clinical studies have been made even more difficult to conduct due to North American legislation that forbids study of prohibited substances. I kid you not. The legislators are like children with their fingers in their ears, going “nyah nyah nyah, I’m not listening,” while the people carry on toking. 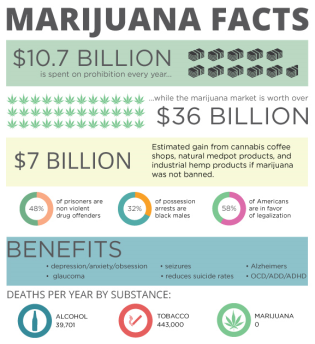 As the tidal wave of inevitable legalization sweeps over North America, it’s illuminating to watch the different factions argue over how this potential cash crop can be best exploited. For sheer capitalistic greed, look to legislators who foresee that shaking this particular money tree will fill not just tax coffers, but their own pockets, and focus solely on how they`ll spend those yummy new tax dollars.

Shares in marijuana stocks have ballooned over the last few months, as high as 5000 times over first purchase price. And many of those who bought early, and at the lowest rates, were family members of politicians who saw which way the wind was blowing several years ago.

Pure activists tend to lean on the medical aspects of legalization, and that is a very good thing indeed. While further studies will allow researchers to help sufferers ease pain, I’m already watching friends soothe their nerves without toxic side effects, having happily dumped costly pharmaceutical antidepressants and sleeping pills, in favour of edibles. 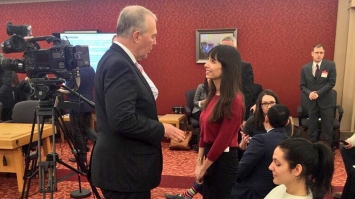 To my mind, appointing Bill Blair,  the ex-Toronto police chief who’s tasked with shaping the legislation  as the Chairman of the Committee, was a giant mistake. It’s inevitable that a man who spent his entire life and career policing drug offences is going to have a different spin on legalization. His mere presence at the table draws a pall of doom and gloom over the very idea. And his dour focus on law enforcement over potential benefits reinforces social and racial biases over who exactly gets to indulge, or profit commercially from sales and distribution.

His presence hearkens back to the days when pot was a cheap pacifier for slaves in the Caribbean and the cotton fields, and reflects current times, when prison populations boom with low end drug offenders, serving sentences that have a long term negative impact on the futures of those prisoners and their families.

But there are literally countless avenues of commerce about to open in Canada, based on this proposed legalization. At the Expo, I learned exactly how clueless most  Canadians, including myself, are about the economic possibilities and future of this upcoming advance.

If you grew up in the 60s or 70s, you likely remember the joy and awe of trying your first ‘reefer.’ That’s when $5.00 bought you a nickel bag – one ounce – of pot. Or a big bag of oregano, if you were a first timer and gullible. These days, it’s a lot more expensive, and my oh my how the hit has changed!

Research, mostly conducted at street  (grass roots) level, and over many years of advanced cultivation by dedicated growers, has not only produced more effective highs, but highs that can be calibrated as efficiently as high end pharmaceuticals. Not having kept up on my cannabis education, I had no idea that the both the homegrown  and imported versions now came in different grades and strengths.

When I thought about legalization, my mind threw back to the days of head shops, lava lamps, rolling papers, pipes and hookahs.  Edibles, peace, love and groovy. Strolling down the first aisle of the Expo disabused me of those hippie limitations.

Booth after booth of exhibitors offered brochures that explained and extolled their particular fields of interest, from medical research, to how to better cultivate strains to meet advanced criteria, to an entire industry devoted to improving green house and solar powered growing. Several companies offered natural insect control products to protect the quality of medical or recreational cannabis.

There were accounting, financial, and banking experts available – it is currently illegal to bank money made from selling a controlled substance. These experts will lead the way in changing those regulations. 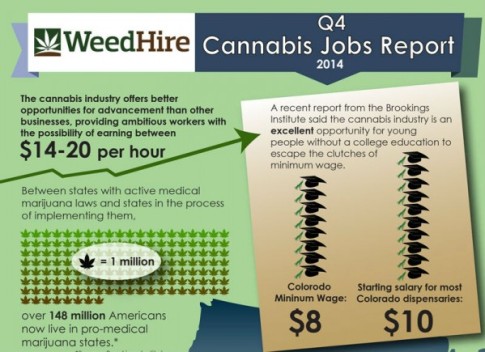 There were schools offering accredited course programs in Quality Assurance for Medical Marijuana,  and Management Quality and Laboratory Certificates.

There were high end research labs working on 21st Century scientific techniques meant to improve the ability to pinpoint specific illnesses and to create medical marijuana solutions to ease pain and diseases.

There were companies who’ve specialized in the distribution of, and means of ingesting, product, for both medical and recreational pot.

And yes, there were a few exhibitors who rocked the old hippie spirit, focusing on rolling papers, hookahs, black lights and groovy accessories.

But it was the middle aged business person that was the focus and main attendee of this Expo, the former middle and upper management types that either were forced into redundancy during the recession of a decade ago, or who simply had the foresight and imagination to realize that this legalization could create the largest, across the board, economic boom Canada has seen in decades.

The conference and seminar aspect of O’Cannabiz brought in spokespeople as varied as Gold Medal Olympic snowboarding champion,  Ross Rebagliati, and music legend, Melissa Etheridge,  to expand on their personal experiences with cannabis, and how regular usage has improved their lives. The Green Chefs, Mike Morgan and Guy Kramer, specializing in culinary preparations of edible marijuana, had suggestions for those who would rather eat, than smoke, their meds.

And on the Sunday, seminars discussed everything from pet-proofing your stash and avoiding possible risks and hazards to household pets, to the growing essentials of good cannabis cultivation , and the medical effectiveness of cannabis in treating veterans for PTSD.

Ms Etheridge has often said, “I believe anybody who smokes cannabis is using it medicinally.” (Or as duo Fraser/Daley puts it .. “all marijuana, is medical marijuana.”)

I had my eyes opened to a brave new world in Canada, if the process of legalization is not hampered with outdated and prohibition type thinking as the process rolls out. The future is truly up to forward thinking Canadians, and literally anything is possible economically if we can leave the “Reefer Madness”  prejudices behind and embrace the possibilities of this beneficial plant.

If you’re interested in learning more about how you can benefit and possibly profit from the legalization of cannabis in Canada, there’s another conference coming to the Metro Toronto Convention Centre this month, May 25-27. Info on that can be found here … http://liftexpo.ca/