At the age of 26, a young Sigmund Freud, the father of psychoanalysis, wrote a letter to his fiancée, saying “How bold one gets when one is sure of being loved.”

After decades of study and work, he changed his tune. “The great question that has never been answered, and which I have not yet been able to answer, despite my thirty years of research into the feminine soul, is ‘What does a woman want?’”

So if a man, who dedicated his entire life to studying the psyche and sexuality of women, was more puzzled after thirty years than when he started, I think it’s safe to say that we ordinary humans can’t be faulted for not understanding ourselves and others as well as we’d like. 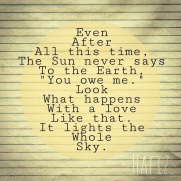 When you feel unconditionally loved, there is little to fear in intimacy. There’s an easy give and take about what makes you and your partner feel good, and you respect the boundaries put in place. Causing pain to a loved one causes you pain as well, so unless you’re a sado-masochist, you refrain from harming your loved one, physically or emotionally.

Which is not to say that you or your partner can’t be intrigued by other aspects of sexuality. We’re complex beings, we humans, and fully enjoying our bodies and sensuality through touch, taste, smell, sight and sound is both a joy and a right.

Life is short; time Is fast. As Warren Zevon said, “enjoy every sandwich.”

I thought a lot about sexuality over the last few days. It was Valentine’s Day on Saturday, a day couples celebrate their unions. And a film based on a terribly written book, itself based on a middle-aged woman’s fan-fiction fantasies about teenaged vampires, debuted worldwide and did boffo box office business, ringing in $81.7 million in the United States alone. Mind boggling! Record breaking!

That’s brilliant sales and marketing, no denying. “Fifty Shades of Grey,” is purportedly a ‘romance.’ It is actually an exploration of a disturbing, manipulative, emotionally abusive, sado-masochistic relationship. It would more correctly be billed as an ‘anti-romance.’

“BDSM is a community that believes in safety & comfort. Consent is always necessary, and partners take care of each other. After acts and role-plays, partners comfort each other to help transition out of that zone. FSOG does not include any of this. Mr. Grey gives Anastasia (a then-virgin) an ultimatum; to sign a contract or leave. She is sexually inexperienced (being a virgin) and he manipulates that to push her boundaries to make it seem like the sexually violent things he is doing to her are okay. There are instances where after an act, he is mad at her for being upset, but does not comfort her. He uses alcohol to sway her consent – this is by law rape. There is also an instance where she uses the safe word, yet he continues. That is consent being retracted, and Christian ignores the retraction of consent. That is sexual assault.”

Our heroine, Anastasia, is not enjoying a grown-up consensual relationship. She’s involved with a high tech manipulative stalker in a text book domestic abuse situation. 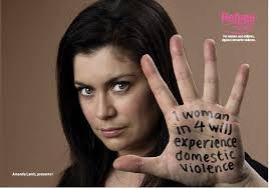 However the book, and now the film, has had one positive effect; it is helping to open a dialogue about sexuality and fantasy. What DO women really want?

Children, in their pink and blue nurseries, are aware of gender roles by

the age of two or three, and are basically entrenched in their culturally appropriate gender roles by the age of four or five.

In the western civilized world, men are generally expected to be strong, dominant and aggressive. Women are usually associated with passivity, nurturing, and subordination. Culturally, it’s primarily sexy women who sell what we buy. But it’s men who are encouraged, and even expected, to experiment sexually, while women are told that ‘good girls don’t.”

In anonymous or polygraphed research in which men and women were asked about their sex lives and partners, women actually turned out to have had more sexual partners than the males in the studies. Researchers came to the conclusion that women who believed they could not be identified, or who believed that they had to tell the truth when polygraphed, gave truer numbers, and that this was due to identified women feeling “pressure to adhere to sex role expectations that indicate (they) should be more relationship-oriented and should avoid being seen as promiscuous.”

So, we’re just as, or maybe even hornier, than men. We may not want sex with YOU, but we do want sex. We may not want the sort of sex you want, but we may want to read about, or watch films about, alternate sexual practices. Actually turning the alternatives into reality will depend on our own needs. Consensual sex of any variety requires informed consent, regardless of the other person’s needs.

“Fifty Shades of Grey” focuses on an imbalance of power, and glamorizes the young woman’s confusion and powerlessness in a controlling and abusive relationship that leaves her in an emotional and manipulative turmoil.

This is not a cute and slightly naughty bit of Valentine’s Day frivolity, it’s a primer for both sides of an abusive relationship. One is being taught that their every desire should be met, regardless whom their needs may harm, and the other to not only accept, but to romanticize abuse and powerlessness.

Sadly, it’s also a metaphor for our economy’s broken social contract, where those in positions of power and wealth expect no opposition to continued growth, demand a lack of controls or regulations, and force their will upon the powerless, who, through fear, frustration, or simply to survive, have no opportunity to consent.

Those who have accepted such conditions as the new normal, in the economy or in a relationship, collaborate in their own subjugation.