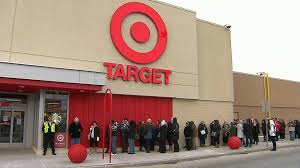 A mere 681 days since Target Corp. arrived in Canada, the discount retailer announced that the Canadian experiment has been a disaster – they’re taking their finery and going back to the United States.

Fashionistas are torn; on the one hand, Canadians who had enjoyed shopping in “Tar-zhay” in U.S. outlets were delighted to have the option to purchase brands like Merona, Xhiliration, Mossimo, and Up and Up. On the other hand, customers complained that the prices were too high, and selection was limited. Target never really seemed to make an effort to update the former Zellers locations they operated, and failed to include an e-commerce site for Canadian deliveries.

Target, after just two years and an overall $7-billion investment, expects to close all 133 stores within 16 to 20 weeks, with 17,600 employees losing their jobs. 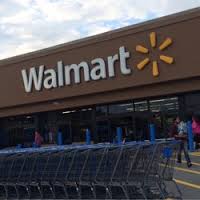 Don’t look to Wal-Mart to pick up the stores; on Thursday it was announced that Wal-Mart would be closing 127 under-performing stores in Canada, 33% of their 382 stores. At least 525 people will become unemployed during this “revamp.”

Target had a shaky start-up, losing nearly $1-billion in just its first fiscal year in Canada. By the end of January 2015, their pre-tax operating losses will exceed $5.4-billion (U.S.), from an opening investment of more than $7-billion since 2011.

Beyond the inconvenience to those who need their shopping fix, that’s a lot of people – over 18,000 – who are going to be looking for new jobs by the beginning of summer … when students will be competing for those same jobs. 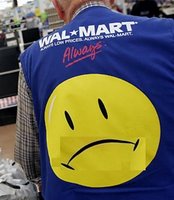 Before firing Gregg Steinhafel as CEO earlier in 2014, Target’s board cut his pay and slashed his severance package. He would only get $15.9 million as a golden handshake, or so said a recent regulatory filing. But according to Fortune magazine, his actual severance, which includes profit sharing and stock, will amount to $61 million USD, greater than the severance package for all 17,000+ Canadian Target employees combined ($58 million USD).

Both Sony and Mexx have announced they will be shutting down their retail operations. Sony is, closing all the Canadian stores over the next 6 to 8 weeks, involving 90 layoffs, while Mexx, the fashion chain, are liquidating all 95 of their stores. Reitmans announced in November 2014 that it would close 107 Smart Set stores, but will convert 76 locations into other banners. Jacob, the womens’ store , announced in October 2014 it would abandon restructuring efforts and close 92 stores across the country. Holt Renfrew, a luxury retailer, will be closing stores in Ottawa and Quebec City at the end of January 2015. (no figures yet given for the soon to be unemployed.at Mexx, Smart Set, Jacob or Holt Renfrew)