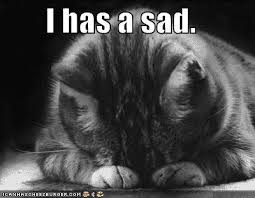 gone beyond being angry and have become despondent, either staring sadly into space or denying the existence of the world with their heads smacked up against a wall. I’m sitting at my desk, wrapped in a black flannel poncho, and wondering where I’ve left my fingerless gloves.

I sprang from my bed this morning, rested and brimming with ideas of ‘great social and political import,’ but instead of researching, I’m waiting for oatmeal to cook – this is not the sort of day you face on an empty stomach.

On days like this I am very grateful for the science and technology that allows me to stay warm. I’m over the moon that I can flip a switch and have light to see by, and flip another switch to start up my computer and read mail and messages from family and friends. I’m really pleased that I have warm clothing that just rests in my closet until I want to wear it, and I’m grateful for the closet being part of a house that has walls and a roof that keep out the worst of the cold.

We often take for granted what less fortunate people would consider luxuries. We set aside a day here and a day there to give lip service to the giving of thanks, the honouring of lovers, parents, veterans and a host of others to whom we see fit to throw a bone. “Here you go, secretaries. It’s not much, but we’re calling today National Secretary Day! As soon as you’ve read that card, I’ll have a coffee with two sugars. Thanks for being you!”

Our culture has moulded us into people that can never have enough. Everywhere we turn we’re told that we’re missing out on something – a new power drill, an iPhone6, a bigger or tidier home, a more luxurious car, vacations in the sun, and most importantly … money, money, money! 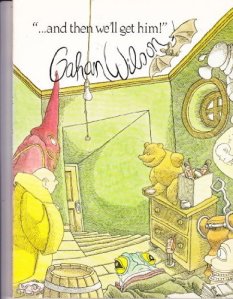 Even though studies have definitively shown that those with heaps of money are not significantly happier than those with enough to comfortably cover their needs, we’re still told that it is only with the amassing of wealth that we can really be content.

In reality, rich people are not all tanning by their dollar-shaped pools while chatting casually with the men and women we’ve elevated to media stardom. They’re far more likely to be spending their time trying to get yet more money, in any way possible, and are probably more anxious and hostile than you are when trying to decide whether to go with a name brand tin of peas or the generic house brand.

Being addicted to money is like being addicted to drugs; at first, a small amount gives you a buzz, but as time goes by, you need higher and higher doses to maintain the high. And if money is your drug, that upward spiral contains another component – a need to have more than anyone else, to have it all, regardless of whom it damages. Exorbitant, mindless wealth precludes empathy towards those who struggle to survive on minimum wage or government assistance.

“The peasants have no bread!” “Then let them eat cake,” tittered Queen Marie Antoinette. Her joke, rather than having them rolling in the aisles, soon had heads rolling from the guillotine instead.

That anecdote is likely only the fabrication of Jean-Jacques Rousseau in his autobiographical, “Confessions,” but has been used ever since as a cautionary tale of the perils of great wealth and self-indulgence in the face of social unrest. One would think the lesson would be self-explanatory, but apparently the accumulation of wealth does not always translate to the accumulation of historical knowledge.

In Canada, we can point to arriviste Kevin O’Leary, who, with a net worth of US$300 million that the true 1% would consider pocket change, can’t seem to stop patting himself on the back. When he’s not crowing over his own wealth, he’s exhorting the poor of the world to pull themselves up by their socks – even if they don’t own any socks.

But of course, that’s the dream we’ve been sold since the Industrial Revolution. “Come, work for me, make me wealthy and I will share my largesse. You too can be like me, all you need do is work hard, save your money, and keep your nose to the grindstone.” And we bought it, for decades. We called it the Protestant work ethic, and called anyone who didn’t agree lazy and stupid. 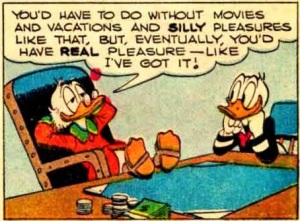 “The Protestant work ethic (or the Puritan work ethic) is a concept in theology, sociology, economics and history which emphasizes hard work, frugality and diligence as a constant display of a person’s salvation in the Christian faith, in contrast to the focus upon religious attendance, confession, and ceremonial sacrament in the Catholic tradition.

The phrase was initially coined in 1904–5 by Max Weber in his book The Protestant Ethic and the Spirit of Capitalism.” (Wikipedia.org)

We forget that his essay was his observations on the Germany of his time, and not a ‘how-to’ manual. Weber considered himself agnostic. His argument was that Catholicism, with its emphasis on doing good works in the hope of eternal salvation, rather than pursuing wealth for its own sake, impeded the development of the capitalist economy in the West.

Capitalism depends upon everyone in the society believing in the same goals. When the West had a booming middle class, there was room within the prosperity to dream of a country free of traditional constraints. We could reach out a hand to those who needed help, be they poor or infirm, or young or old. That sense of community resulted in government safety nets and a surge of infrastructure building that connected and included all of the people, regardless of their economic place.

North America looked at what they had wrought in the 1940’s and ‘50’s, and found it good. Good enough to not make a priority again until it started to collapse around us.

It’s been decades since the roads and bridges and communities were put in place, decades in which the needs of the wealthy became more important in politics than the needs of the tax payer. In Toronto, once Canada’s most glittering city, our highways are clogged with commuters, while our transit system is woefully inadequate to shuttle workers from their homes to their jobs. The local politicians have been arguing about whether to tear down the eastern end of the Gardiner Expressway since the 1990’s. And the majority of our subway system, which opened in 1954, is held together with patches and prayers.

There’s blame enough for everyone at this sorry state. Although we love to complain about ‘the system,’ every aspiring politician has to present a platform that will be seen to not only address community issues, but cost the tax payer less. Once in office, the newly elected official can point to budgetary concerns, and remind us all that there aren’t any funds since he’s cut taxes, just as we requested. Or that they are working on a solution, but we mustn’t hope to see real change until some year in the future where they will hopefully no longer be held accountable for the project and the additional costs incurred during the delay.

For corporations, political concerns are less about the community, and more about expediting the accumulation of more wealth. Despite needing an infrastructure that allows workers to arrive at the work place on time, and roads and other delivery systems to get product to consumers, the emphasis is placed squarely on tax cuts that they have convinced politicians, and even many consumers, will result in a more equitable distribution of wealth.

Corporations spend billions on pushing forward measures that will deny workers fair wages and benefits, and will spend yet more on media essentially blackmailing consumers into giving them what they demand. Health care, no. More tax cuts, yes. Or we’ll take our ball (company, franchise) and go home. Many even believe that we have no other alternative but to agree.

The last several decades of austerity for the general public, but unheard of wealth for the few, is slowly shaping us into a timid, obedient mass, who are only valued as long as we are able to further enrich business through our labour and consumption of goods and services.

The pursuit of happiness has become a joyless pursuit of money, dooming its followers to an endless treadmill of greed and desperation. You’ll never catch up to the 1%, no matter how hard you try, but real happiness and satisfaction can be had in a life that encompasses empathy, generosity, and gratitude for what you’ve achieved.