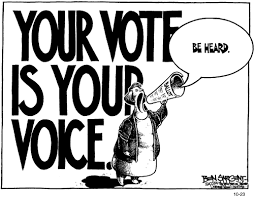 To those of us who are .. let’s say, pushing sixty or older. It’s a bitch. Every day, another wheel falls off, we need another new ‘script, and our everything hurts. So why are we still here, eh? 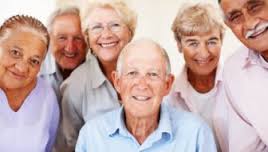 It’s because we are needed. We have education, information, insight, perspective. We’ve seen history. We have assimilated what’s gone before, and we aren’t easily fooled.

We have the opportunity to change the direction that our current government has pursued. Canadians are a proud people, and we should be; the list of accomplishments in our history is lengthy and laudable. And yet we’ve remained modest and true to our values.

But, as Ralph Nader, a man who has seen Canada from both the inside and the outside, recently noted,

“When you’re modest, as a culture, you begin taking it for granted, and when the counter-attack comes, when the corporatists come in, and the militarists come in, you’re not ready. And I think that’s what’s happened to Canada in the last decade or so.”

I’ve felt for some time that this is the most important election of my lifetime. Canada is at a crossroads. It could go either way. We’ve jumped into a war with the Middle East that’s done little but bring us to the attention of extremists, putting our country in jeopardy for the sake of an egotist’s photo ops.

Our beautiful land has been raped and pillaged, sold to the highest bidder, and left ravaged. Our First Nations people, from whom we essentially rent the land, have been threatened and silenced as they have striven to honour the Earth, and keep the land and water safe for all of us.

The Trans Pacific Partnership, which the Harper Government has been so eager to sign, “effectively subverts and substitutes commerce over democracy, in all the signatory countries. It’s not about tariffs or quotas; It is a trans national autocratic system of government, a subordination of environment, labour and consumer rights to the supremacy of commercial trade. And they call consumer protection, and environmental protection, non-tariff trade barriers, that can be reversed by secret tribunals – not Canadian courts, not U.S. courts, special secret tribunals, whose judges are really corporate lawyers. “

It’s time – right now – to call a halt to corporate interests taking precedent over the rights of citizens and tax payers. We’ve enjoyed the best this country could give us. It’s time to show our politicians what made the Baby Boomers a force to reckon with. It’s time to take back our country.

We need to inspire our kids and our grandkids, and show them that fear, prejudice, racism, xenophobia, austerity, and inaction are NOT what we stand for. We stand for a Canada –

strong and free, and unafraid.

We, who were privileged to shared in all the benefits past prime ministers have secured for us; the social safety nets for the vulnerable, the freedom to unionize without corporate interference , a respect for the land and each other, a health system once the envy of the world, now threatened by proposed cuts … we took all of that for granted. We can’t do that anymore. We need to stand up for our country and the values that made Canada the peacekeepers, the forward thinkers, and the envy of the world.

Let’s show the kids that their world doesn’t have to look like the Hunger Games, Canadian pitted against Canadian  ..  it can look like a Canada that values every citizen, and that looks to the future, without shrinking from what’s to come.