It’s Boom Town for realtors in Toronto these days. 243,400 houses were sold last year, and as of April of this year, the average residence in the city had a starting price tag of a cool $921,000. 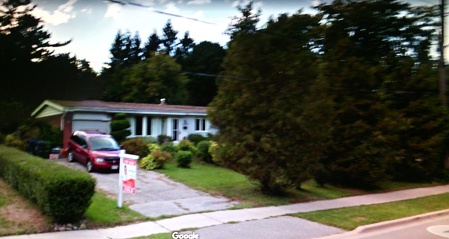 My old house in Scarborough, which we sold last July, was re-sold twice more by speculators before the year ended, each time jumping another $100K or so in price. It’s now been demolished and rebuilt as a monster home. I wouldn’t recognize the place, they tell me.

Fine by me. We sold, we moved, and I can barely remember the person I was when I lived in my big, old bungalow. Turns out it’s great not to have the onus of house maintenance, and the constant waiting for the next expense to drop. Renting, after 30 years of owning, may not lend the same sense of autonomy, but it also comes with a lot less responsibility and chores.

Taxes can be a burden on the home owner as well, since your residential tax is based on current value, not what you paid for the place at the time of purchase. If you lucked out in the eighties and bought your dream home for around $100,000, you might be considering a second job just to keep the taxes paid and the utilities flowing.

Good ol’ Rompin’ Ronnie Hawkins has his big estate, Hawkstone Manor, up for sale. Again. He tried to sell it for $14.9 million back in 2013, and failed. But it’s up again, this time listed at $4.3 million. If it goes to a bidding war, which is not out of the question, he could still get closer to the $10 million mark.

The nine-bedroom, five-bathroom home is really only notable for the lifetime of memories that line its orange living room walls. A buyer would likely bring in a bulldozer.

But the house sits atop a rare piece of prime Kawarthas real estate — 165 acres gently sloping down to almost 4,000 feet of waterfront that, on these sought-after shores of the Trent-Severn Waterway, can go for $5,000 a foot.”

The Order of Canada recipient is 82, and not in the best of health. Whatever the final price, he and his wife will be able to cash out big and find somewhere a lot cosier to shelter them in their golden years.

And that’s the ideal situation to be in, in the market right now. If you’re selling and have to purchase another place in the city – good luck to you. They want ridiculous money for so much as a garage, without a house attached. It’s madness. Tiny bungalows, like the one I’m renting, list for $800K and sell for over a million.

And when the interest rates rise in a bit, it’s gonna be even crazier. How can the average person buy so much as an entry home in the city, without a family income somewhere in the $300K a year range? It’s nuts. Rock, meet hard place. Rock musicians … move to Hamilton.

Funny thing, though, about this real estate madness – with hundreds of thousands of properties changing hands in the last two years, there have never been more paper millionaires minted in the city than it’s likely seen in it’s history.

Not just millionaires – multi-millionaires. If you’re one of those lucky enough to have pretty much retired the mortgage, and are ready for retirement yourself, you could be walking away with more money than you ever dreamed you’d have. (Not me, I hasten to add – we did alright but didn’t hit Scrooge McDuck status. We’re barely McDucklings. We’re Ova McDuck, if anything.)

Barring a lotto win, which is unlikely, since I keep forgetting to buy a ticket, I’ll probably spend the rest of my days in rental properties, of decreasing proportions. Part of me would love to be a home owner again, but the rational, sensible part of my brain is quite comfortable with letting someone else worry about the roof, the septic tank, and the tyranny of ‘keeping up with the Jones.‘

I’m liking this downsizing, says the unrepentant hoarder. I’m liking trying to fit everything that once overflowed a 4000 square foot sprawler into this teensy tiny, less than 1000 square foot bungalow. It’s given me the chance to actually sift through all of these souvenirs and memories, and sort the metaphorical wheat from the chaff. I’m culling the hoard. It’s great to tear willy nilly through the detritus, and toss out the junk. It’s fun to put boxes of odds and ends on the lawn, under a big sign that says ‘Free!’ and watch cars screech to a halt, their drivers eager to find some little treasure to haul home. 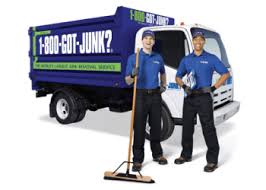 It’s really heartening to go through all of the boxes of clothing, shoes, books, craft items, and linens, choose what can be redistributed within our family and friends, and then pass on the overflow to people who will appreciate what we’ve donated. There are so many who have so little, while others have three of everything. Distributing some of my bounty to those who can use it liberates my home AND my heart.

I didn’t need three apple corers. In fact, I have never even used one of them, not even once. Ditto the cherry pitter.

For the first time in my life, I’m no longer buying stuff ‘just in case,’ or with a view to some future purpose, because my future is now, and I want to be present.

I’m happy for those who are selling their properties for a tidy profit. I’m happy for those who are finding their dream homes. I worry about Torontonians who missed the real estate roundabout, and are now trying to find something affordable to rent. But this is all going on around me, and like you, I have very little say in what the Toronto of tomorrow will resemble.

Owning a home is not for everyone. It’s a very nice thing, and can certainly be wise and profitable in midlife. But when it comes time for retirement, home ownership is more like an anchor around your neck, keeping your proverbial boat stuck in one place. To enter new waters, you’ve got to haul up that anchor, and unfurl the sails, letting the fresh breeze take you somewhere new and exciting.