In North America, Father’s Day was first celebrated in Spokane, Washington in 1910, when a young Arkansan woman named Sonora Smart Dobb organized a day of praise for people like her own father, a single parent and Civil War veteran, who raised six children. It would have remained a local issue, and faded away in time, except that Dobb, after a twenty year break, decided to revisit the idea of the celebration, and to up the volume by promoting the Day at a national level.

In the 1930s, with the help of the Father’s Day Council founded by the New York Associated Men’s Wear Retailers, she and her supporters pumped up the commercial volume, and, by the mid-1980’s, had made Father’s Day into a Second Christmas for the men’s gift-oriented industries. 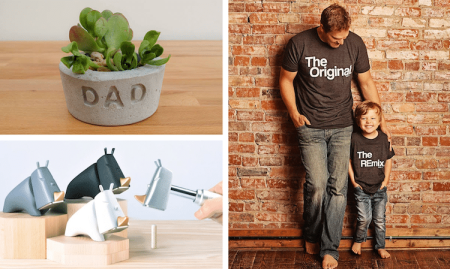 Cue the cascade of cutesy Father’s Day gifts … ties, funky t shirts, things for the car and/or garage, and a slew of macho oriented bumpf. Not much chocolate, though, I have noticed. You never really find a “Day after Father’s Day Half Price CHOCOLATE”  sale, do you?

I’m not a big fan of the patriarchy. Wasn’t keen on growing up under it, really hated the ‘glass ceiling‘ and the way that women have to work two or three times as hard as a guy to get a seat at the table where men naturally choose to sit at it’s head, as though it is their due by birth. Never liked the preponderance of males in every position of power from the local cops to the clergy and prime ministers or presidents. Never liked men making decisions that would affect my day to day life, my voting rights, or my sex life. Just never liked it.

I spent nearly a year in an orphanage when I was five, so that my mum and sister could recover from a very difficult childbirth they’d endured. Although my parents would come and visit me when they could, a five year old is a walking hot bed of childhood diseases, so I was kept away from my sister, who was quite fragile.

Having actual parents, while living in an orphanage filled with kids who had no parents, made me the one eyed child in the land of the blind; I knew that I was incredibly lucky to actually have parents, even if my whole ‘family’ thing was currently on hold.

Not all parents are created equal. While I know that there are a lot of people out there who had good fathers, and lots of guys who believe that they themselves are good fathers, there’s also a lot of guys that didn’t do so good at the father game, for any number of reasons. Some times there are cultural issues at play – some families keep kids away from their fathers until the kids are old enough to interact semi-responsibly. Some fathers may struggle with how best to relate to their kids, because they themselves had a less than adequate father/child relationship. Some dads walk away from their responsibilities, maybe because they are unable to cope, or maybe because they don’t know how fast life – and youth – speeds by. And then there are those who can’t imagine taking responsibility for their part in the child’s birth and childhood. 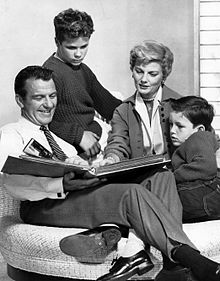 How do we define a good father? No one seems to know exactly what constitutes the ideal dad. Sometimes we think we know what qualities we would have liked to have in a father, and some people actually did get a dad that really did fulfill our stated and unstated needs. It takes all kinds, and there are all kinds of dads.

I have mixed feelings about Father’s Day. Unlike a lot of my friends, I didn’t get the Leave It To Beaver family lifestyle of the 50s. I’m glad for those of my friends who have fond memories of their dads .. but I’m not one of those people.

Every Father’s Day I smile and nod when people write about warm, loving interactions with their dads or dad figures. That was just not my experience. And the funny thing about those people who grew up having dads whom they admired or adored is how difficult it is for them to comprehend that a lot of other kids didn’t get that kind of attention, and can’t relate to the connection other fathers and kids enjoyed. Some kids lost their dad very early, to death, divorce, or disinterest. Some kids received no attention, or, worse, received the wrong kinds of attention, the kind that landed them in psychotherapy for decades.

So there are some people who are feeling a little testy today, who will be staying off social media, and avoiding the ‘highlight reels’ that a lot of people will be sharing of their childhood memories. Some might be dreading a visit to a dad who didn’t quite cut it when it came to parenting. And, whether their dads were not so good or not so bad, there will be many, many others wishing that their dads were alive so that they could share one more moment with them. 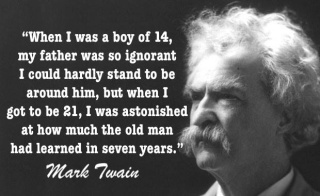 On Father’s Day, pretty much everyone will put a happy face on their upbringing, whether or not they had a good relationship with their dads. But a lot of time, they’re not being honest, to themselves or to others. Pretending that things are fine when they most definitely are not can make people feel like they are alone, and can even make them feel like they are bad people for not having had a good dad.

Truth is, all of us on this planet – whether we are fathers or grown up kids – are human, fallible, needy, and imperfect. Whatever you are feeling today, there are many feeling the exact same way.